Actually, I’m quite surprised I didn’t have to google how to spell Kardashian.  But then, some things are so ingrained in pop culture we learn by osmosis.

In the current issue of Simply Crochet magazine, there is an entire feature on the amazing Last Dance on the Beach CAL that I contributed to earlier this year.

If you’re not familiar with the CAL, my friend Marinke was in the process of designing a CAL for Scheepjes when she passed away in 2015, and so twelve designers (and friends) banded together to finish what she started.  The result was the Last Dance on the Beach CAL, with each week’s square created by a different designer, based on their own individual experience and inspiration.

Simply Crochet contributor Judy Darley has written a beautiful feature about the journey that the designers have been on during this CAL, and how Wink had impacted our lives through friendship and design.

I designed the square for week 5 of the CAL, taking my inspiration from the footprints that birds leave in the wet sand while they’re foraging for worms or snails left behind as the tide goes out. 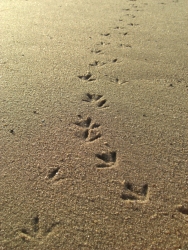 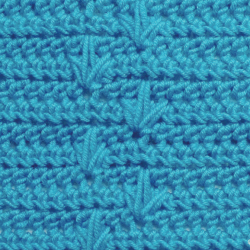 For the project, I came up with my own stitch, calling it the Seagull Stitch.  It’s a variation of the spike stitch, creating the shape of footprints.  I created a little video tutorial (for lefties) here:

It's my week for the Last Dance on the Beach CAL, and I've designed a square called Footprints in the Sand. I've also used a special stitch that I've called Seagull Stitch. Here's a quick video tutorial on how to do it. Loads more info in the link in my bio. Enjoy!! #scheepjescal2016 #lastdanceonthebeach

It has been such a privilege to be involved in this project.  Marinke affected so many of us, in her crochet and even more so as herself.  It’s not too late to join the CAL either.  You can download all of the instructions here.

Issue 49 of Simply Crochet is available now, and image credits for the snapshot of Wink and the title, plus the extract of a quote from me are from Simply Crochet.

This entry was posted in ScheepjesCAL2016 and tagged last dance on the beach, ldotb, simply crochet. Bookmark the permalink.

3 responses to “Move over Kim Kardashian, I’m in Simply Crochet!”