Chunky Crochet Brioche Cowl Reveal and How To 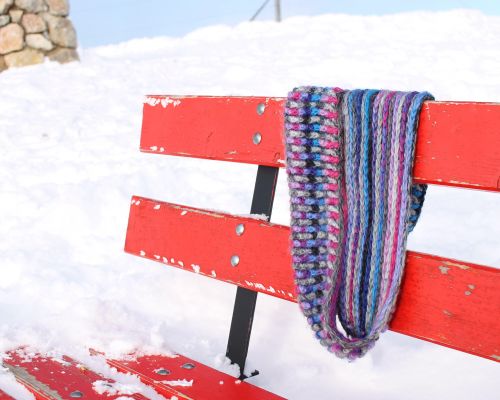 It’s here!  Last week I was showing you the gorgeous Scheepjes Vinci yarn that I was working with, and this week here’s the result!  A beautiful crochet brioche cowl that has barely left my neck since it was completed. 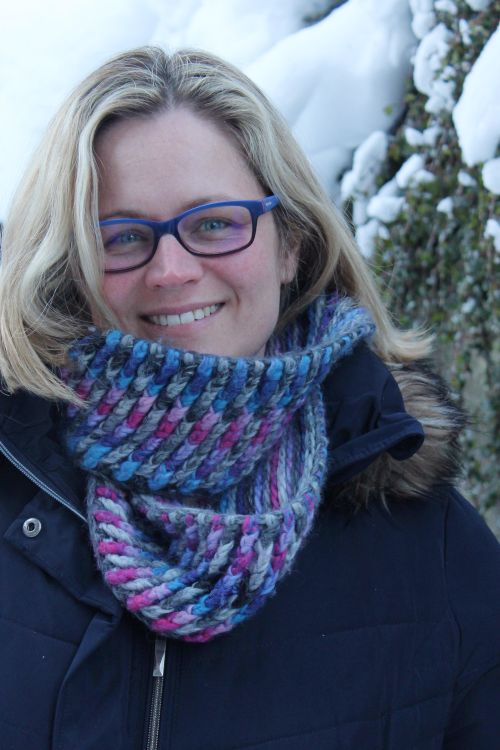 I even had to take a selfie or two at the top of a mountain! 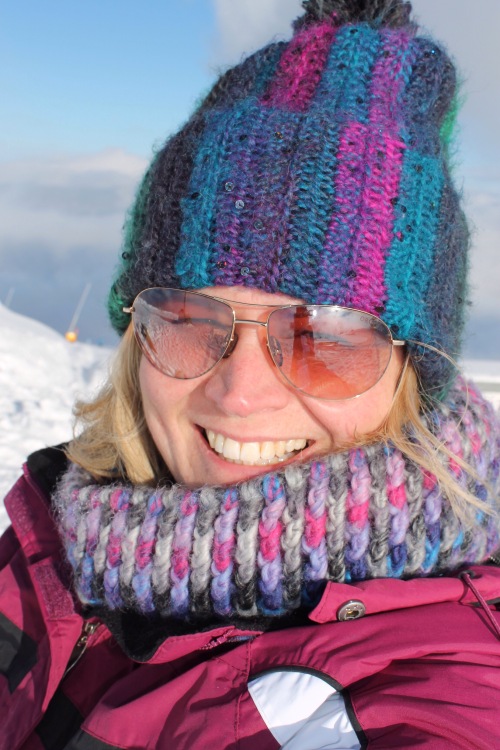 It was so cold up there, I needed that cowl let me tell you!

One of the cool things about this cowl, and what the photos don’t really show you (except that top one up there) is that the cowl is reversible!  So, if you prefer vertical colour stripes like I do, you wear it that way, but if you’re more into horizontal, just flip it over and you have a totally different accessory.

So, let’s get down to business.  I’ve created a pdf of the pattern for you.  The pattern also has a photo tutorial on how to do the crochet brioche stitch.  What would you think about possibly seeing a video tutorial?  Should I finally dip my toes in and make one?  Let me know in the comments.

As always, please do share your projects with me on social media.  You know I’m all over Instagram like a bad smell, so tag me @miss__neriss (that’s with two “_”) and also use the hashtag #obsessedwithcrochet.  This is a little community I’m going to build, with more info coming soon…

Click the heading below to be taken to the pattern, and I hope you enjoy!! 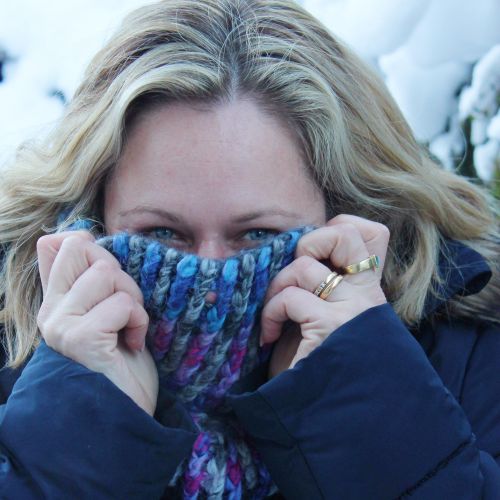 Don’t forget: you can pick up the yarn at Scheepjes retailers all over the Benelux, or internationally from Deramores, Wool Warehouse, and at Paradise Fibers in North America! 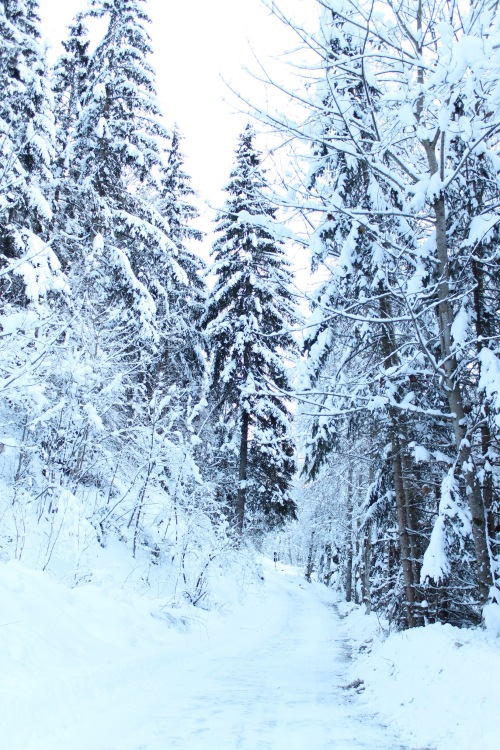 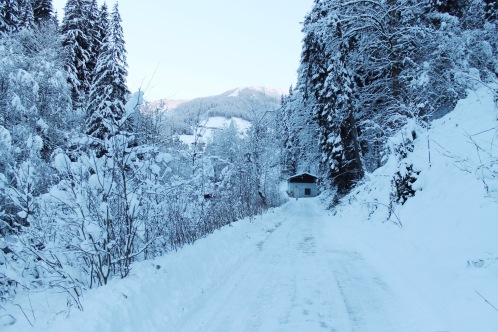 I’m lucky enough to be on holiday in one of the most beautiful places on earth and because I’m really not a skier, I made sure I brought these beauties along with me! 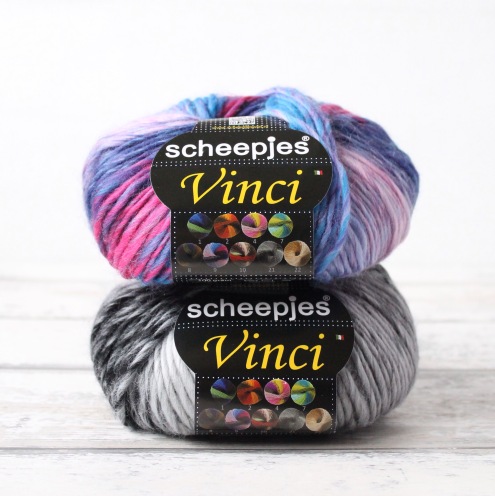 This is the lovely Scheepjes Vinci, a 60/40% wool/acrylic blend that is just the softest bulky yarn ever. It has the warmth of wool and the softness of acrylic, which I love. Especially as I’m wool-sensitive and a bit of a Merino snob as you know!

So what am I making? Well from the title you already know that it’s crochet brioche, and you know I’m in the Alps and I’ve already made a Brioche Beanie, so because I need to keep warm I’m making a cowl! 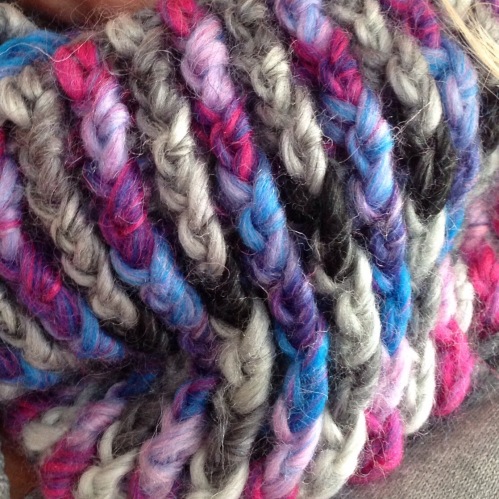 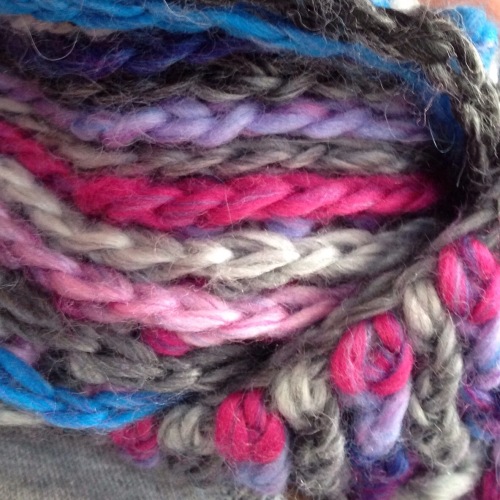 I love the knit look and the reversible pattern of the crochet brioche, it’s just so versatile!

It won’t be long and I’ll have more photos of the finished cowl, and not to mention: the tutorial!

You can pick up the yarn at Scheepjes retailers all over the Benelux, or internationally from Deramores, Wool Warehouse, and at Paradise Fibers in North America!

Finally I have finished the Brioche Beanie and can show it to you! 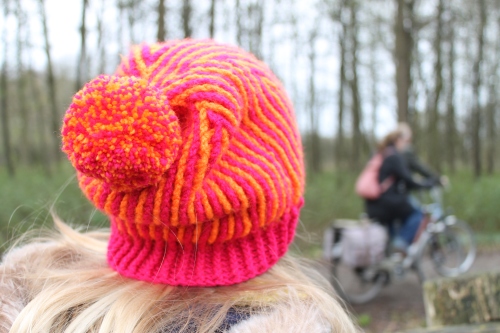 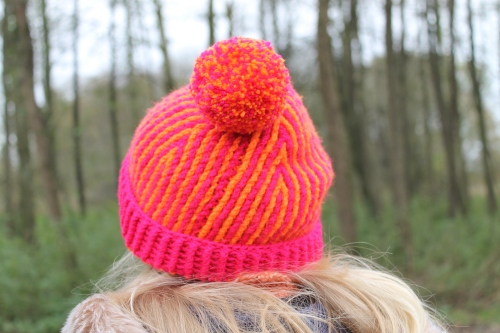 It fits as a long slouch, or fold the brim for extra snuggle. 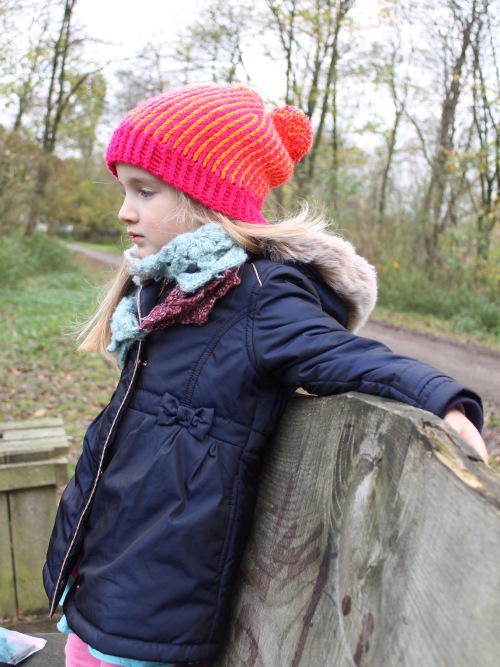 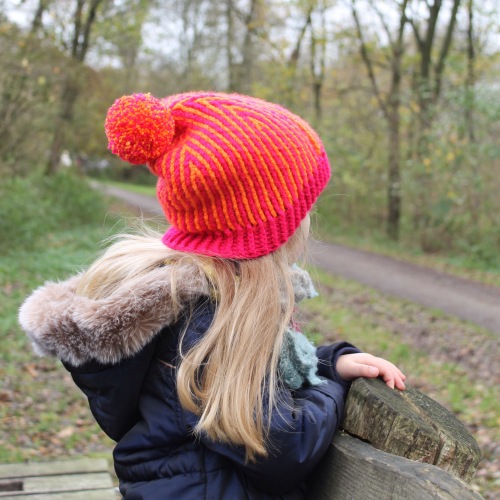 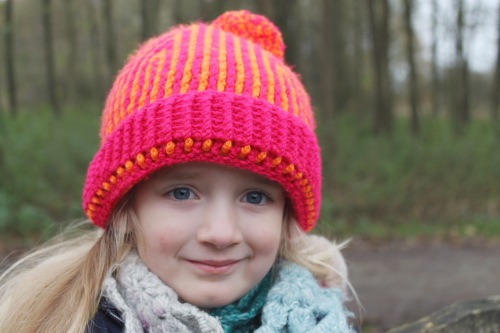 The best thing about this beanie?  It fits everyone!  I have more pics to come in the next couple of days, with me wearing the very same hat!

But for now, you’ll just have to be satisfied with cute pictures of my lovely daughter. 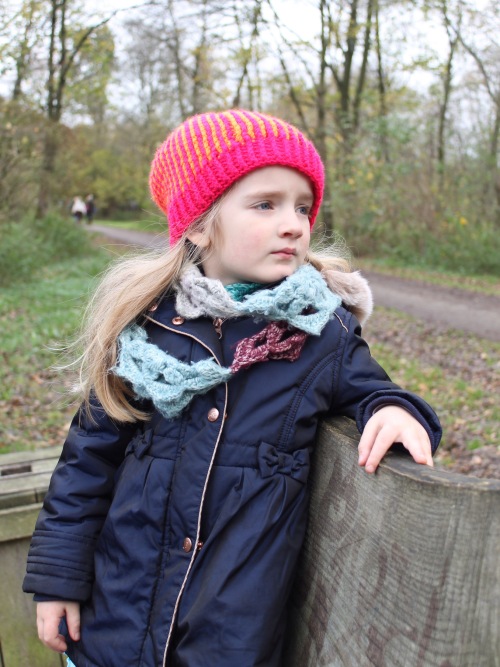 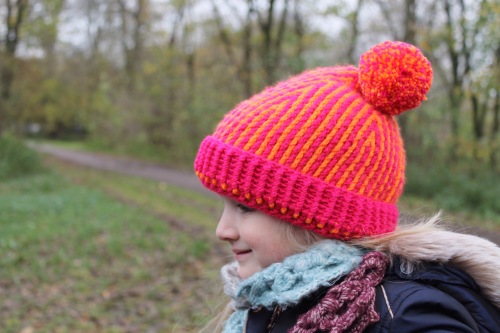 To get yourself ready, you’ll need two skeins of Scheepjes Colour Crafter, in shades Apeldoorn and Breda.  This will give you enough yarn to probably make two hats.

You can pick up the yarn at Scheepjes retailers all over the Benelux, or internationally from Deramores, Wool Warehouse, and at Paradise Fibers in North America!

A few months ago I visited a yarn store in Amsterdam, and while I was there I discovered the knitted brioche stitch and fell head over heels!  But because I’m not a knitter I knew it would be beyond me, so set about coming up with a crochet version.

I spent some time experimenting and I managed to come up with a stitch that I like.  I decided for the initial project I would make a hat for my daughter and I knew which yarn would be perfect.

A couple of months ago, Scheepjes released a brand new “squeak-free” acrylic yarn called Colour Crafter.  There are an amazing 63, that’s right – sixty three – colours, all named for cities in the Netherlands. 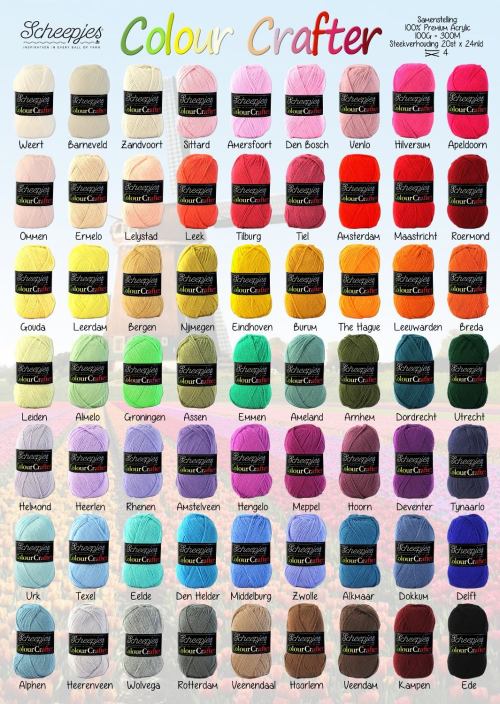 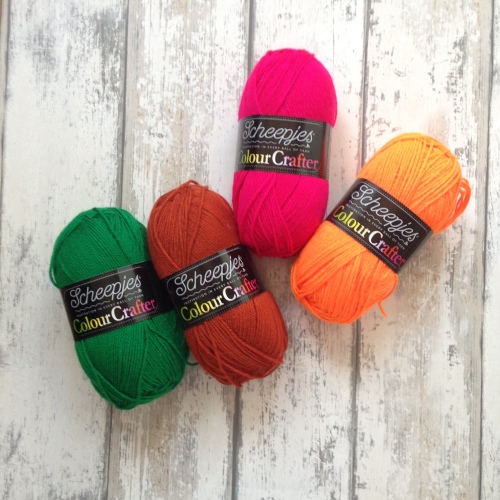 I also have two more colours, to make a more wintry manly version for my husband; Emmen (green) and Kampen (brown). 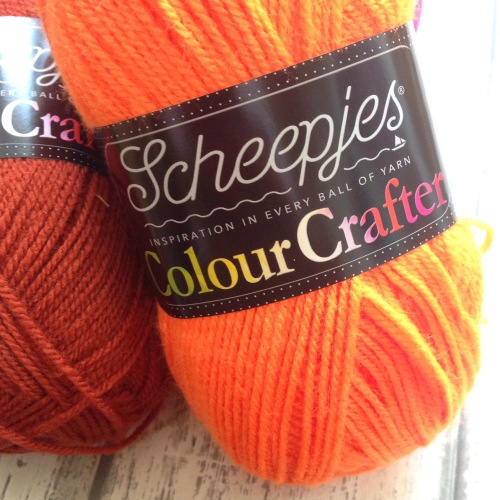 I just love the labels too, but I’m a total sucker for anything rainbow.

I was busy trying to take pics of these yarn to share with you, but I kept being interrupted by my fluffy little picture pooper! 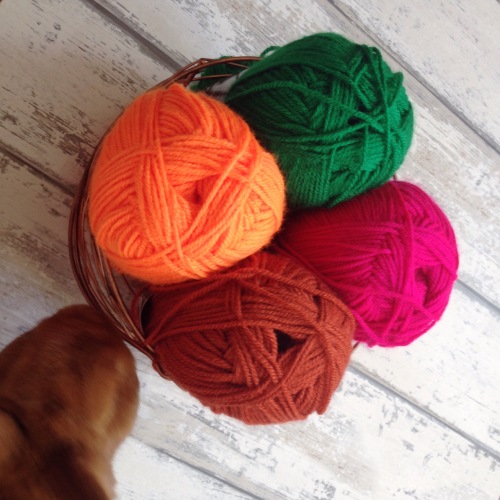 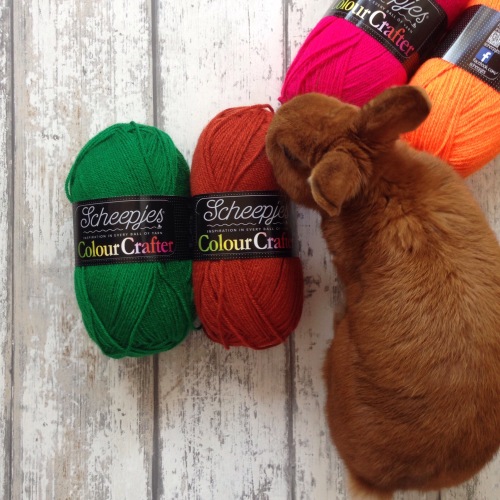 So because I was laughing so hard I only managed to take a couple of pics (that weren’t blurry) before I got started.  Here’s where I’m at: 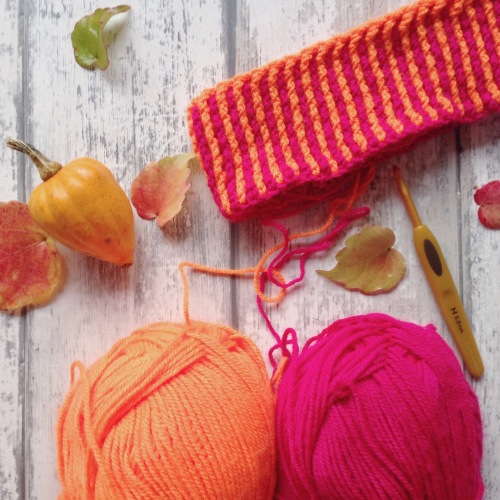 ETA: you can find the pattern for this project HERE.

You can pick up the yarn at Scheepjes retailers all over the Benelux, or internationally from Deramores, Wool Warehouse, and very soon (if not already) at Paradise Fibers in North America!